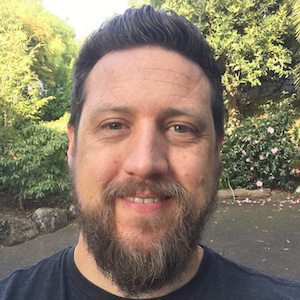 about the author Paul Heasley

I’m an Engineering Manager with a passion for web development and a focus on delivering great user experiences with clean, engaging UI's through concise, maintainable code.

Here’s one that might be obvious for GraphQL veterans, but I wasted some time Googling for an answer that didn’t seem clear. I’m trying to use GraphQL Code Generator with a schema that was using GraphQL Scalars and received the error:

posted on 21 February 2021 in programming

As a novice investor the first thing I wanted was a way to setup alerts when stocks hit certain thresholds. It’s sounds really simple and I’m sure there’s a service out there for it, but I struggled to find a simple, free one. So I built one.

posted on 30 September 2020 in programming

Celery and Flask go together like tacos and Tuesdays, so I was surprised to run into some incompatibility in the way they setup and use loggers which caused Celery to dump duplicate logs. Perhaps it was just the way I had structured my project, using a Flask application factory and Celery tasks in a tasks folder, but that seems pretty standard. Or maybe it’s how I’m setting the log level? But I digress.

Cross-Origin Resource Sharing (CORS) protects a user from having sensitive information leaked from one site to another. If the browser allowed any cross-domain XHR requests, sites would be able to steal information from other sites that you are logged into by making authenticated requests to them via JavaScript (the target site’s cookies will be sent with the request). But CORS can be easily misconfigured and result in vulnerabilities in your site, one particular misconfiguration is CORS origin reflection, where the Origin request header is processed through a whitelist (or regular expression) on the server and if allowed, is returned in an Access-Control-Allow-Origin: response header. Poor regex can result in allowing unintended domains through.

In this post I’ll walk you through using OWASP ZAP to manually test a list of domain names passed as origins to a webserver, and evaluating whether they are reflected in the allowed CORS domains.

I was surprised to run into this problem in my Flask app, I needed to pass a custom attribute to one of the options in a select list provided by WTForms (in my case I wanted to set the first option as disabled), but it turns out that this is a common problem with lots of work arounds.

Here’s a nice clean solution to pass those custom attributes, keeping the built-in SelectField, but using a custom widget which supports providing attributes for any of the options via a keyed dictionary.

posted on 07 February 2020 in programming

3 Docker containers want to communicate with each other. They live on a single host with no scaling, it should be a trivial problem right? If you’re hosting them on AWS ECS you can use ECS Service Discovery, but for this simple scenario it’s costly and overly complex. Here’s a cheaper, simpler way.

There’s plenty of messages about why you shouldn’t need TextFX for Notepad++ anymore, but if you’re feeling nostalgic I’ve got you covered, here’s the binary for x64 bit systems compiled from the sources.

posted on 21 February 2018 in programming

CSS is simultaneously both the simplest and hardest programming language at once. What could be simpler than selectors, properties and values? And yet how quickly can CSS become an overwhelming mess, paralyzing unsuspecting developers who are too afraid to change a style because it’s hard to find and test all it’s usages, so they just add another style to the mess.

CSS Modules aims to alleviate a lot of these problems by scoping styles to a specific component, so other page styles won’t conflict with your component and your styles won’t leak onto other areas of the page.

posted on 13 February 2018 in programming

When writing tests I prefer to test multiple functions and their interactions at once, rather than constraining a test to a single function or unit. This ensures that the test operates in more realistic way, and avoids maintaining unnecessary tests over code paths that can’t be reached.

Protractor e2e tests for AngularJS interact directly with the DOM and usually provide more value than unit tests. I’m not interested in whether a controller behaves a certain way, I’m more interested in what happens when a user clicks a certain button on a page. But protractor tests are slow. In the largest AngularJS project I manage, there are over 300 protractor tests that take up to 15 minutes to complete, that’s a very slow feedback loop. In order to bring the test time down I’m turning back to AngularJS unit tests, using the component driver pattern to still inspect and interact with DOM elements.

posted on 07 February 2018 in programming

When React became mainstream it changed the way we thought about writing single page JavaScript applications, it promoted readability and maintainability over abstracting complex interactions. These principles resonated with the JavaScript community and influenced the development of Angular, unfortunately many of us are still stuck maintaining AngularJS (Angular 1.x) apps that are growing ever more complex.

This post presents 9 tips for writing better AngularJS based on more modern principles. These tips are the distilled learnings from working with a team of developers managing an AngularJS app over the last 3 years that has grown to over 25,000 lines of Angular.